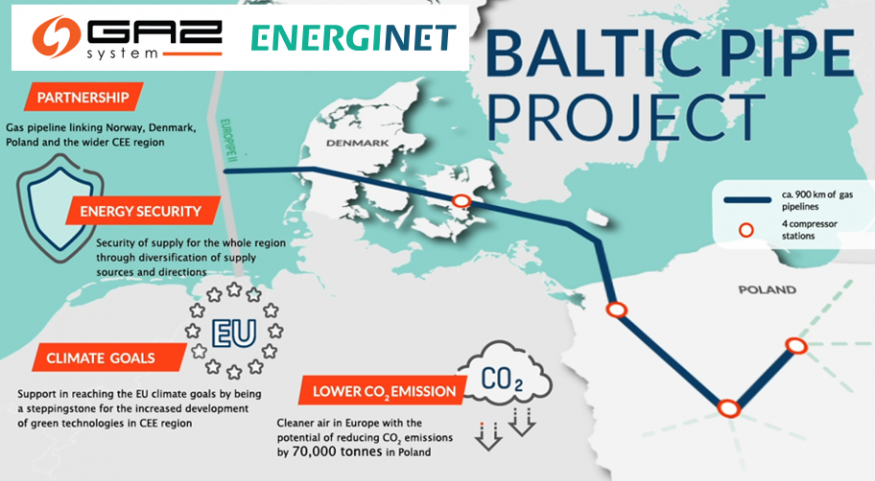 The Baltic Pipe project, that will be effective by October 2022, aims at creating a new gas supply corridor in the European market, from Norway to Denmark and Poland, as well as to end-users in neighbour countries. At the same time, it will enable the supply of gas from Poland to the Danish market

According to the Climate report[1] published by Baltic Pipe Project, this project could bring climate benefits by 2022, among which: