"#BusinessAsUsual doesn’t exist anymore. Transport capacity must be reallocation in line with the new geopolitical reality and the new #gasflow patterns resulting from it."
Arno Büx, #GLE President

"The priority is to solve the #EnergyCrisis. #EU energy #security is more important than #climate goals. Without prosperity and security, we will not be able to afford a green transformation. #Fitfor55 assumptions must be verified," says @MarcinWNowacki @eaGreenEU #eaDebates

"#REPowerEU impresses a new sense of urgency to the #energytransition. EU needs to:
🎯Correct its trajectory to be climate neutral by 2050
🎯Disengage from unreliable partners
✅Producing 35 bcm of #biomethane can provide for 20% of current Russian Gas"
@glcancian

“The existing #gasinfrastructure already offers a sustainable network to transport renewable & low-carbon molecules. The #EHB intends to use exactly this network for #H2 in order to contribute to the EU's #decarbonisation of the EU"
Niko Bosnjak @OpenGridEurope 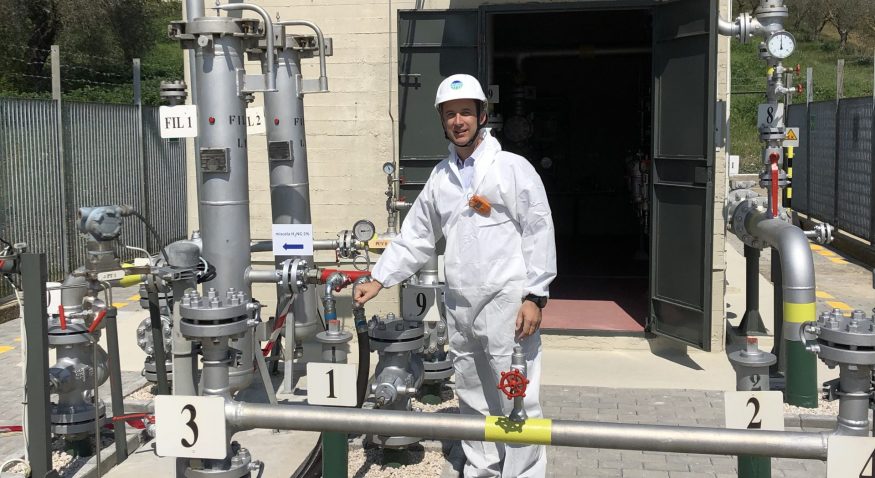 Snam was the first company in Europe to introduce a mix of hydrogen and natural gas in its high pressure transmission network, an initiative aimed at advancing the energy transition through the promotion of hydrogen as a clean energy source.

The pilot project, which successfully took place in Contursi Terme, in the province of Salerno, in December 2019, involved supplying a 10% H2NG (hydrogen-natural gas mixture) for a month to two industrial companies in the area, a pasta factory and a mineral water bottling company. The experiment built on the successful results of Snam’s previous successful trial in the area, undertaken in April 2019, which involved a 5% Hydrogen blend.

The project generated wide international interest, defined by Bloomberg News as “a shift toward greener energy sources” and by the Financial Times as “historic”.

At present, Snam is committed to verifying the full compatibility of its infrastructure with increasing amounts of hydrogen mixed with natural gas, as well as studying hydrogen production from renewable electricity.

As also outlined in Snam’s CEO, Marco Alverà’s book on the topic, “Generation H”, the results of this experimentation could have a positive impact in kick-starting the green hydrogen economy and reach Europe’s decarbonisation targets:

Once proven a feasible option, inserting a blend of Hydrogen within the existing gas network could help to generate demand and build scale, boosting the hydrogen value chain and bringing down its costs to reach $2 per kg and making it competitive with fossil fuels in the long run.

It also offers a way to leverage the significant gas infrastructure asset in Europe (2.2 million kilometres of gas pipelines and 1,200 TWh of underground storage capacity), and therefore does not require significant investments in infrastructure to advance the energy transition.

It would also allow Europe to position itself as leader of the energy transition, and generate a Hydrogen economy that would create jobs, safeguard menaced ones and help citizens reap the benefits.