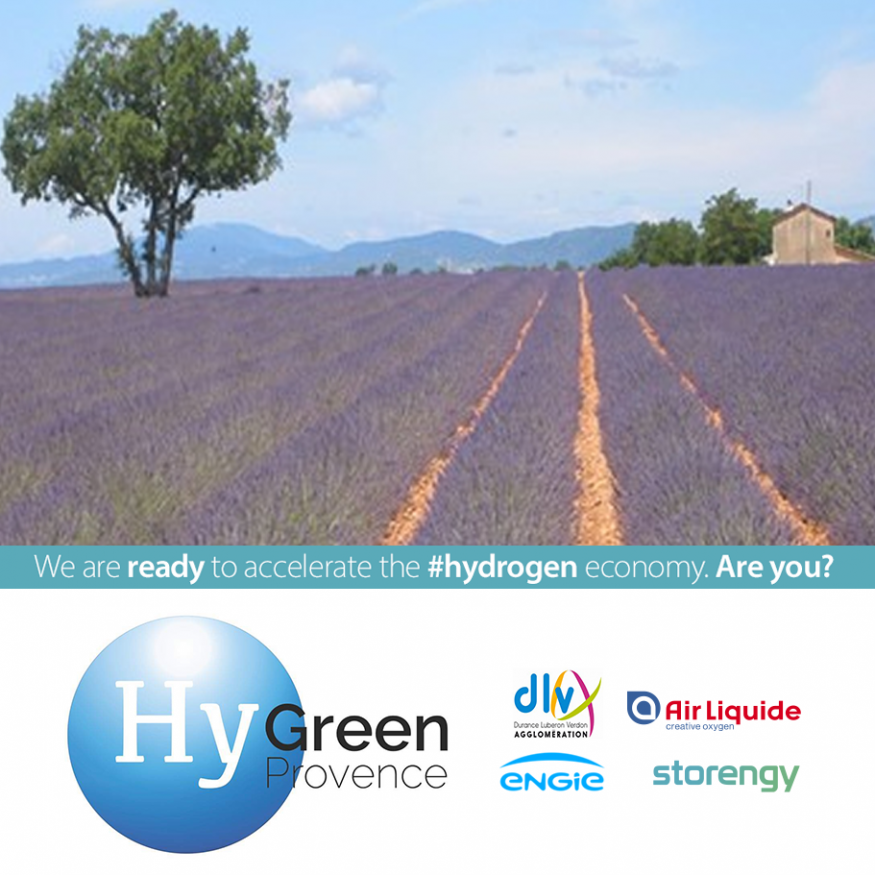 By DLVA, Air Liquide, ENGIE and its subsidiary STORENGY (France)

The HyGreen Provence project, created through a cooperation agreement between ENGIE and Air Liquide in 2017, aims to generate green hydrogen from solar energy and store it in underground salt caverns in the French region Provence Alpes Côte d’Azur.

PV electricity production facilities will be erected, as well as electrolyser plants to convert part of the renewable electricity into hydrogen.

The hydrogen will either be used for mobility, supplying a network of filling stations across the region, for heat and cooling for an urban eco-district,and for local industrial users.

Hydrogen produced from fully renewable sources represents a zero-emission fuel (no greenhouse gases and no particles) for green mobility, for industry (replacing fossil fuels for heat production in various processes) and for electricity production with fuel cells. Therefore, it provides a concrete response to the challenges posed by sustainable mobility and local pollution in urban areas.

The storage of hydrogen helps manage the intermittence of solar energy.

This new project, with a scale and nature unprecedented in France, will contribute to the development of massive renewable hydrogen production projects in France.

It will self-finance the Climate-Air-Energy Territorial Plan of an agglomeration, without any subsidies.