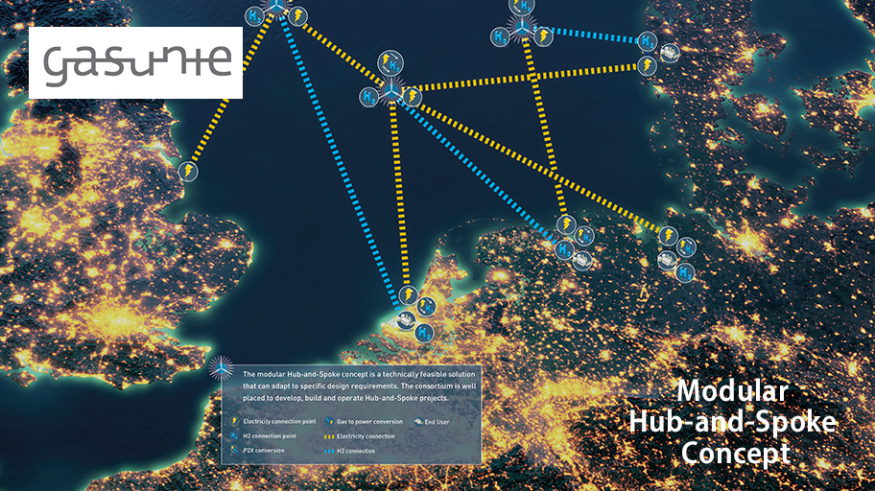 North Sea Wind Power Hub is an international consortium, run by TenneT (Germany), Energinet (Danemark), Gasunie (Netherlands) and Port of Rotterdam (Netherlands), which goal is to build wind power hubs in the North Sea from 2030-2050.

The idea is to build one or more hubs in the central North Sea, with interconnections to the bordering countries. Such artificial islands will be situated at a location where there are frequent high wind speeds and will be connected to a large number of offshore wind farms. The electricity will then be distributed to The Netherlands, Belgium, the UK, Norway, Germany and Denmark via current connections.

Furthermore, the surplus can be converted to hydrogen for large scale transport or storage, thanks to Gasunie expertise in power-to-gas technology based on electrolysis.

Today, the project is in the research phase, and recent results have shown its feasibility.

The project could lay the foundation for supplying hundreds of millions of Europeans with green energy.

The project aims to meet Paris Agreement climate goals and those of the countries around the North Sea. Close collaboration between countries is essential since such a system cannot be realized by individual EU members states on their own.

Overall, it will help pave the way for hydrogen economy.