Sit back, relax & enjoy the cruise towards #ClimateNeutrality ⛴️

📈After 2 pandemic years, tourist flow is booming, cruise ship demand included. But where does #decarbonisation stand in all of that?

#LNG terminals can help. And this is how:
👉https://bit.ly/3zVXUJD

We are proud to have contributed to the new Methane Policy Toolkit to help them reach their goals💪
Learn more⤵️
https://methaneguidingprinciples.org/methane-policy-toolkit

Fantastic insight into what it takes to Save gas for Safe Winter! Equally important is the remaining risks:
- lack of solidarity!
- winter 2023/24 also at risk
- lack of supplies from non-Russia
- bottleknecks
- cold winter 2022/23
- CEE in special situation
@GIEBrussels #AGSI https://twitter.com/ENTSOG/status/1552308632196366336

📢ENTSOG has exceptionally published a Yearly Supply Outlook 2022/23
The important analysis assesses the flexibility of EU #gasinfrastructure and storage use in case of full Russian supply disruption.
Our PR with link to the full report👇https://bit.ly/3ODVbsB

🥳{giedata} is on #CRAN now! With gas storage data gaining attention due to the consequences of #Russia's war against #Ukraine and @GIEBrussels fundamentally updating their #API, I have written a small package that helps to retrieve #AGSI data & metadata: https://cran.r-project.org/web/packages/giedata/index.html.

After some exceptionally cold weeks in large parts of the world, with temperatures below the seasonal norm, underground gas storage assets have been essential in delivering energy to all European citizens and keeping their houses warm. 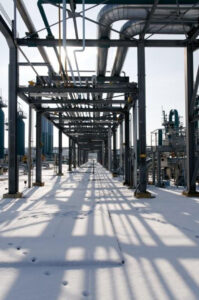 Dr Axel Wietfeld, President of Gas Storage Europe (GSE), the European association of the Storage Operators and hence one column of Gas Infrastructure Europe (GIE), stated: “Underground gas storage facilities have played a pivotal role in ensuring EU security of supply during the cold spell. If we take the example of Germany, in the last few weeks, 61% of gas peak demand was met by underground gas storage withdrawals. All available options and measures have been taken to quickly answer short-term flexibility needs and to ensure that households and industries are able to maintain their daily activities”.

Since early February 20211, the European underground gas storage facilities have constantly guaranteed excellence in operation and worked at a maximum speed by withdrawing up to 10,5 TWh of gas per day – one of the highest daily rates since the ‘Beast from the East’ three years ago2. Such a performance has been made possible thanks to the high storage levels standing at 95% at the beginning of the heating season. On 20th February 2021, they fell to 39% following a sharp decrease of 10 %-points over a period of only two weeks, well below the 63% filling level in the same period last year. This flexibility also benefits to the electricity sector by supplying fuel to gas-fired power stations and bridging the capacity gap at short notice, particularly when the weather conditions are not favorable to renewable energy generation.

Beyond smoothing out seasonal fluctuations in energy demand and supply, European storage system operators this year have also fulfilled a less visible, but unique balancing role for the broader global gas market. Indeed, in January 2021, severe cold snaps and a significant rise in prices in Asia boosted gas exports to meet massive demand in this part of the world.

Dr Axel Wietfeld added: “This highlights that the EU market is extremely resilient thanks to the interplay of large-scale storage facilities, robust transmission pipelines and LNG terminals, even in a tight global gas market. I would like to applaud the efforts of Storage System Operators for reaching these high withdrawal records in the last few weeks and encourage them to sustain their flawless activities”.

Are you curious about the latest storage data?

Check out our AGSI+ Transparency Platform available at: https://agsi.gie.eu/

The AGSI+ (Aggregated Gas Storage Inventory) and ALSI (Aggregated LNG Storage Inventory) platforms are publicly accessible websites that provide daily European storage and LNG data, free of charge. The AGSI+ (since 2007) and ALSI (since 2013) platforms are a voluntary transparency initiative by GIE Members, but are also open to non-GIE Members, free of charge.

The AGSI+ and ALSI platforms and the maps created based on their data are the reference on the field. These publications are well-known and monitored by analysts, journalists, academia, EU representatives covering European storage and LNG data.

1 Gas Infrastructure Europe (2021), AGSI+ Transparency platform. Available at: https://agsi.gie.eu. All data in this paragraph have been extracted from this database.

Gas Infrastructure Europe (GIE) is the association representing the interests of European gas infrastructure operators active in gas transmission, gas storage and Liquefied Natural Gas (LNG) regasification. GIE is a trusted partner of European institutions, regulatory bodies and industry stakeholders. It is based in Brussels, the heart of European policymaking. GIE currently represents 70 member companies from 26 countries. GIE’s vision is that by 2050, the gas infrastructure will be the backbone of the new innovative energy system, allowing European citizens to benefit from a secure, efficient and sustainable energy supply.