GIE publishes an in-depth analysis of the role of gases and the existing gas infrastructure in supporting Central-Eastern- and South-Eastern- Europe towards climate neutrality by 2050. The research covers 10 EU Member States, including Austria, the Czech Republic, Germany, Greece, Hungary, Latvia, Poland, Romania, Slovakia and Slovenia. 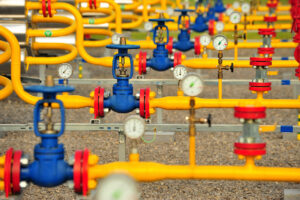 Boyana Achovski, Secretary General of GIE states: “This analysis shows that one thing is clear: there is no one size fits all solution. If we want to deliver climate neutrality by 2050, the specificities of all EU Member States must be considered when designing Europe’s decarbonisation pathways. It will be a mistake if future legislation will ignore this. Only an inclusive and technology-neutral approach will help Europe deliver its 2050 goal. Each Member State will face its own battles and leverage its unique opportunities, but no one should be left behind.”

Ms Achovski explains: “For example, due to their transit character and historical circumstances, countries in South-Eastern and Central-Eastern Europe have their energy mix strongly based on coal. Therefore, the existing gas infrastructure will play an important role when switching from coal to natural gas to hydrogen. Building on our well-developed infrastructure, the gas assets will gradually accommodate growing shares of renewable and low-carbon molecules, including hydrogen. Today, it already provides increased flexibility in complementing the electricity systems by storing a huge amount of renewable and low-carbon molecules. On top of that, our pipelines, underground storage facilities and LNG terminals can be fit for hydrogen with some retrofitting and repurposing.”

Piotr Kuś, Sponsor of GIE CH4 Area and GIE board member explains: “The main goal of this report is to raise awareness about the current energy landscape and challenges in Central- and South-Eastern European countries and to showcase these aspects with concrete and actual data. In January 2020, we established a working group to exchange views on the decarbonisation in these respective regions and this platform enables us to provide input to various stakeholders – academia, policy-makers, industry representatives. The discussions and the work so far enabled us to identify the optimal energy transition pathways for the regions.

Mr. Kuś added: “The gas infrastructure plays an essential role in decarbonising the regions, both in the short- and long-term. It provides for the switch from coal to natural gas to hydrogen and it plays a role as an enabler of the energy transition towards low-carbon gases. It brings further benefits via fostering security of supply and establishing a competitive EU energy system. Using the existing gas infrastructure offers a cost-effective solution for customers, which is crucial when fostering social acceptance and cost efficiency towards the energy transition. The coal-based power and heat plants generation causes a high level of pollution on top of CO2 and causes a decrease in air quality standards. In that case, natural gas will play an important role as a solution for challenging fast and cost-effective mitigation of air pollution which is caused by a mixture of solid particles and various gases. Their reduction is of crucial importance as some air pollutants like particulate matter and NOx and SOx are poisonous for the people.”

Gas Infrastructure Europe (GIE) is the association representing the interests of European gas infrastructure operators active in gas transmission, gas storage and Liquefied Natural Gas (LNG) regasification. GIE is a trusted partner of European institutions, regulatory bodies and industry stakeholders. It is based in Brussels, the heart of European policymaking. GIE currently represents 70 member companies from 26 countries. GIE’s vision is that by 2050, the gas infrastructure will be the backbone of the new innovative energy system, allowing European citizens to benefit from a secure, efficient and sustainable energy supply.

Here is some good reading for you: