The #biomethane industry smashed all records in 2021, say @GIEBrussels and @European_Biogas, but only a few plants are present in the CEE region. https://ceenergynews.com/oil-gas/2021-was-the-year-of-the-most-exponential-deployment-of-biomethane-plants-in-europe/

#Renewable #gas is a strong accelerator of carbon-neutral mobility and transport. 🚛🚢

All you need to know about gaseous solutions for transport, just one click away⤵️

📢Gas-gased generation in the EU Taxonomy: A step in the right direction, though adaptations are needed.

Switching to #renewable #gas accelerates energy system integration and contributes to the decarbonisation of industry and electricity production. 🧩

Check out our factsheet with more info here ➡️ 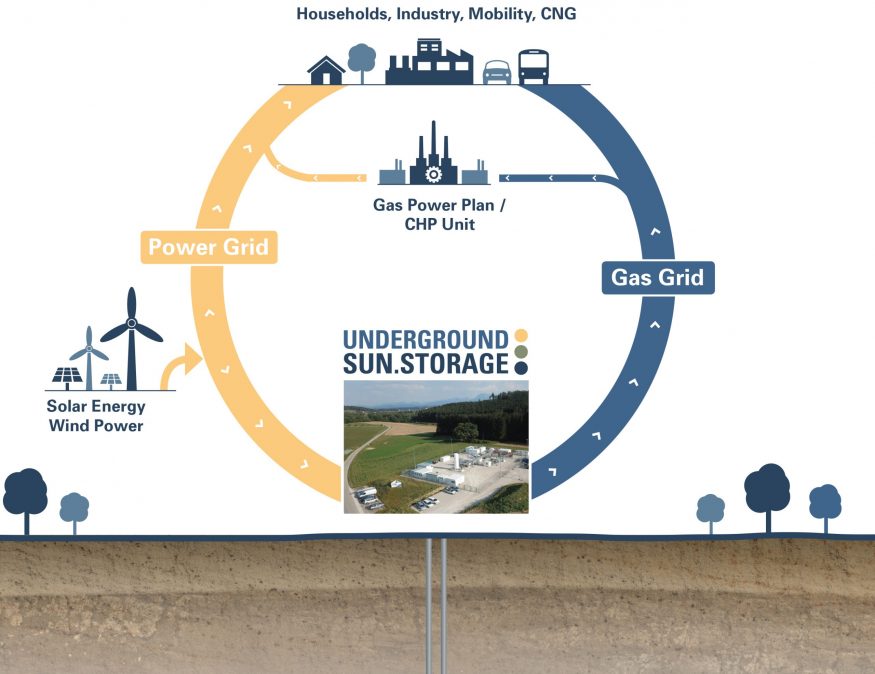 It demonstrated the storability of wind and solar energy in existing natural gas reservoirs on large scale by transforming it into hydrogen using electrolysis.

With this project it was possible for the first time to gain actual interdisciplinary insight into the storage of hydrogen in a subsurface gas storage with the inclusion of an actual field test.

This project allows the storage of solar energy during the summer to be injected back into the grid during winter when demand increases. Therefore, it offers a solution to the challenge of storing intermittent renewable energy.

The role of such facilities and their enormous storage capacity in the energy system of the future has changed significantly, since they can be used to store and balance out seasonal supplies of renewable energy. The results enable similar investigations for many other storage facilities, all over the world.

In the next step, a project for storing 100% hydrogen is in preparation.